Legalizing Recreational Marijuana: What It Means for Michigan Roadways 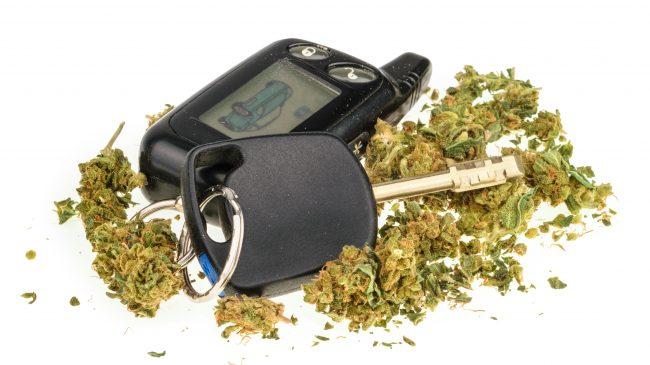 On November 6, 2018, Michiganders went to the polls in record numbers.  Among the heated races for governor, attorney general, and senate seats, was proposal one: the legalization of recreational marijuana.  The proposal passed, allowing adults 21 and above to possess a certain amount of marijuana for recreational purposes. What does this mean for the safety of our roadways? How will law enforcement test for marijuana use in vehicle accidents? What happens if you or someone you love is injured in a vehicle accident by a driver impaired by marijuana?  Below, we examine what Michiganders can expect on the roadways from the legalization of recreational marijuana.

What Is The Law For Driving a Vehicle “Under The Influence” of Marijuana?

How Will They Test for Marijuana?

Just because marijuana is legal for recreational use does not mean that you can’t get sued for causing injuries in an automobile accident while under the influence of marijuana. While the amount of marijuana (THC) in one’s blood alone does not definitively establish whether a person is driving a vehicle “under the influence,” there have been studies which demonstrate that higher levels of THC correlate with an elevated level of intoxication.  However, there is no scientific consensus on what amount of marijuana in saliva or blood constitutes impairment. And even more concerning, Michigan has not established a roadside test to determine if there is impairment. Police have drug testing procedures in place – the problem is they aren’t carried out roadside at traffic stops in the way that preliminary breath tests are conducted for alcohol. The only thing the police can do are visual sobriety tests, and seek a warrant to force someone to take a blood test at a hospital.  Unlike alcohol, marijuana stays in the body much longer — so blood tests requested by law enforcement can’t exactly indicate when someone consumed the substance.

Will Legalization of Marijuana Lead to More Accidents?

Michigan is not the first state to legalize marijuana for recreational use.  Before proposal one passed in Michigan, nine states — Alaska, California, Colorado, Maine, Massachusetts, Nevada, Oregon, Vermont and Washington, and the District of Columbia have legalized marijuana for recreational use.  According to research from the Insurance Institute for Highway Safety and the Highway Loss Data Institute, the frequency of collision claims filed to insurers were higher in four states where marijuana is legal: Colorado, Nevada, Oregon and Washington. A different study on police-reported crashes before and after recreational marijuana was allowed found Colorado, Oregon and Washington saw a 5.2 percent increase in the rate of crashes per million vehicle registrations, compared with neighboring states.

It is difficult at this point in time to isolate the specific effects of marijuana impairment on crash risk, but the evidence is showing that legalizing marijuana for recreational use increases the number of crashes.

Liability of At-Fault Drivers Under the Influence of Marijuana

Because Michigan is a no-fault state, many people assume there is no legal remedy if hit and injured by a reckless driver, like one under the influence of marijuana.  That isn’t true. Lawsuits against the driver who was at fault are called third-party lawsuits in Michigan.  In a third-party case, the injured person brings a claim against the driver who caused the accident seeking reimbursement for pain and suffering, and economic harms and losses if wage loss or household service loss is permanent or will continue more than 3 years after the accident (your own auto insurance pays a wage replacement benefit for up to 3 years).  Money is paid by the at-fault driver’s insurance company, so long as he or she has coverage.

Just because you were hit by a person under the influence of marijuana, does not mean you automatically can sue them in a third-party auto case. Most people don’t qualify for a third-party claim unless the accident injuries are severe.  Third-party claims reimburse pain and suffering, and excess economic harms and losses that continue beyond the 3 years and are not covered by your own insurance company.  To get reimbursement for pain and suffering, the injured person must have a “serious impairment of a body function” or “severe disfigurement” caused by the accident.  In simple terms, an injury is so severe that it impairs your ability to lead a normal life or disfigures you.

There is no simple way to know if you have a third-party claim against an at-fault driver under the influence of marijuana because the answer depends on the unique facts of your claim.  Our experienced legal and medical staff are always available to answer your questions and give you a free consultation.  Call 800-272-4080.