Latest Accident Occurs In One of Michigan’s Deadliest Highway Stretches Where 1-96 and I-94 Converge in Berrien County, Michigan.

State police and authorities from Michigan, Indiana and Illinois are investigating the cause of a multi-vehicle accident on I-94 east of State Road 49 near Chesterton, Indiana.

Interstate 94 was reopened two days after cranes and tow trucks worked through the wreckage to untangle a crush of more than 40 semi-trucks, pickup trucks, SUVs and cars that collided in near blizzard conditions near Michigan City, Indiana killing three people, including two people from Grand Rapids, Michigan and a man from Chicago, Illinois. 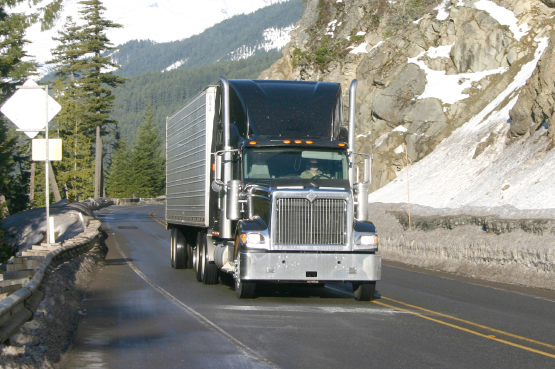 Three people died and at least 20 were injured in the accident in late January, 2014. As many as 20 people were also injured in the traffic accident and many were airlifted to local hospitals.

Authorities called the accident scene “devastating.”  Troopers and firefighters scrambled in the dark and cold, searching for victims. Helicopters were called in to rush the most seriously injured to hospitals.

A Chicago man was pronounced dead at the scene, along with a husband and wife from Grand Rapids, Michigan. The couple was returning home to Kent County, Michigan after visiting a relative in Indiana.

The weekday accident occurred at 2 pm in the afternoon just east of State Road 49, about 60 miles from Chicago, as a burst of lake-effect snow cut visibility to about 10 feet, Indiana State Police said. Officials said there had been no plans to close that stretch of road because the white-out conditions developed suddenly. Eyewitness accounts said the road conditions went from sunshine and clear visibility to no visibility in seconds, so when drivers entered the zone, it turned into a rapidly occurring accident with crash after crash.

Several vehicles spun out and the traffic behind them was unable to stop in time. In all, 46 vehicles, including 18 semi-trucks, were involved in the crash. Several cars were crushed between the trucks and some slid underneath the 18 wheel tractor-trailers.

Many drivers and witnesses told police that a line of brake lights suddenly appeared out of the snow and they did not have time to react before crashing. Drivers endured multiple collisions as cars, pickup trucks, crossovers and SUVs were struck by semi-trucks and many other vehicles.

Witnesses report that semis started sliding and one or two jackknifed in the middle of the road before colliding with other semi-trucks. Multiple semi-trucks locked up in one of the worst stretches of highway in the Tri-state area. The accident took place a few short miles from Berrien County, Michigan which has a long reputation as one of the worst stretches of highway in Michigan. The percentage of highway accidents where I-96 meets I-94 in Berrien County is one of the highest in Michigan.

If you or anyone that you know was injured in this accident or any Michigan traffic accident, call the Buchanan Firm law firm in Grand Rapids. The Michigan car accident lawyer professionals at the firm understand the frustration and stage full investigations into auto accidents to determine the cause of the car accident and who is responsible for the resulting injuries. Buchanan Firm also has experienced Michigan truck accident attorneys that can answer questions about semi-truck accidents. The Grand Rapids injury law firm offers an exclusive, No Fee Promise, If they don’t win, then you don’t pay.

If the firm cannot collect money for your injuries sustained in an accident, then you will not owe an attorney fee. Call for a free, confidential legal consultation 1-800-272-4080.