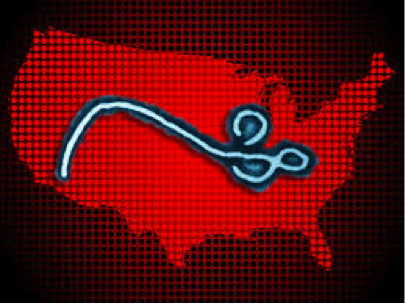 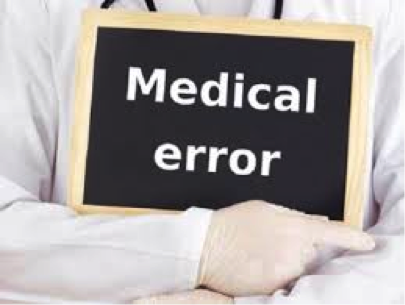 This month, the first known patient diagnosed with Ebola in the United States died, inflating the nationwide scare of this life-threatening virus.  In the midst of the scare, the media revealed the Ebola patient, Thomas Duncan, was sent home from the Texas Health Presbyterian Hospital emergency room when he presented with fever and pain, typical early symptoms of the Ebola virus.  While the case of Thomas Duncan is getting the most media attention because of the Ebola virus itself, the medical error of sending him home after his first presentation in the emergency room should be the headline story. There are approximately 3,866 confirmed deaths from the Ebola virus in the entire world.  In the United States, between 210,000 and 440,000 die from medical error each year.  The statistics do not lie – medical error is more dangerous than the Ebola virus.

Thomas Duncan arrived at the emergency room of Texas Presbyterian Hospital on September 25, 2014.  While taking Mr. Duncan’s history and physical, the 42-year old male complained of abdominal pain, fever, and headache.  He admitted to recently returning to America from Ebola-stricken West Africa.  The nurse correctly entered his travel history into the hospital’s electronic health record system.  However, when the physician saw Mr. Duncan, the travel history did not appear in the physician’s standard workflow of the electronic health record and he diagnosed Mr. Duncan with a low-level infection and discharged him from the hospital.  Two days later, Mr. Duncan returned to the emergency room with worsened symptoms and tests quickly uncovered the real diagnosis – Ebola.  The delayed diagnosis led to increased risk of infection for those close or in contact with Mr. Duncan and delayed treatment that could have saved his life.

Thomas Duncan arrived in the emergency room with what appeared to be low-level infection symptoms.  He was sent home after brief evaluations by an emergency room nurse and physician.  Hospital emergency rooms are overwhelming.  Sometimes the chaos affects treating health care provider’s decision making and result in early discharge.  Where a patient must be readmitted or suffers harm because of that early discharge, a medical error has occurred.

When presenting with typical symptoms, like Mr. Duncan, doctors can be quick to diagnose a minor ailment and overlook the real diagnosis.  Let’s face it – doctors often guess at what ails you—granted, it’s a well-educated guess, but they can overlook things.  That’s why your input is vital. No one knows what you’re going through better than you, and no matter the circumstance, you need to make that clear to them. As a patient, or someone who cares about a patient, it’s your responsibility to get an accurate diagnosis of your condition, or to stay in that medical facility as long as you need to get one.  To avoid early discharge and the possibility of becoming a victim of medical error, take control over your medical condition: control that could be the difference between a minor infection and a major one, or often the difference between life and death.

America’s risk of an Ebola epidemic remains small, but the risk of becoming a victim of medical error continues to increase.  At Buchanan Firm, our combined legal-medical team has decades of experience successfully handling medical malpractice cases, such as errors related to health record systems and delayed diagnosis. We have medical and legal professionals on staff to talk with you and promptly review your claim. Our Michigan medical malpractice attorneys will take immediate action to protect your legal rights.